While beagles are known for their adorable eyes and cuddly nature, they are infamous for being naughty and mischievous dogs. But why are beagles so bad?

Beagles are usually coined as bad dogs due to their stubborn and mischievous nature. Their obedience is a result of their upbringing. But due to poor socialization and lack of consistent training, beagles often become naughty.

Further, we will go through some common bad behaviors in beagles and also look into some reasons why beagles are bad dogs.

Reasons why Beagles are Bad Dogs Beagles are not at all bad dogs, in fact, they are quite intelligent and capable of being obedient and well-behaved dogs. In most cases, it’s because of their owner, the beagle turns out to be a bad dog.

Beagles belong to the hound category. Hounds are usually stubborn because of their history.

In the past, beagles were used to track the scent of small animals and then chase them until the owner takes the shot.

This is something they are inherited with. And there’s not much you can do about it except training them consistently.

Early socialization is a must for every dog. The pup should be introduced to new faces, new dogs, new surroundings.

Poor socialization can lead to some serious behavior problems in beagles like:

Not just beagle, but every dog’s behavior depends on how well it was socialized during its puppyhood.

You can do the following things to socialize your beagle puppy:

Beagles can have many bad behaviors in their puppyhood. This is because they don’t know the right way to behave. It’s the owner’s responsibility to train their puppy.

Failing to do so can push their behavioral issues to adulthood.

Beagles are stubborn dogs. But this doesn’t mean they cannot be trained. Beagles are completely capable of being well-behaved and obedient dogs.

However, this requires consistent training and lots of patience. Beagle parents need to train their dogs every day for at least 10 minutes.

Owners often become lazy as the puppy grows and stop training them regularly. And beagles being beagles, take full advantage of this.

This is the major reason why beagles turn out to be bad dogs.

As you know, beagles were bred to be hunting dogs. And this activity requires a lot of energy. That’s why your beagle is so energetic.

Most behavioral problems in beagles are caused due to lack of enough exercise.

Beagles are more likely to become bad dogs if you fail to release their energy and exhaust them by the end of the day.

So take them out of walks twice a day and give them an area to run every now and then. This will make sure that your beagle stays happy and healthy. Here are some fun ways to exercise your beagle.

First of all puppy biting is not a problem. Every puppy bites. It’s because they don’t know the correct way to interact with you. A puppy may also bite during his teething phase.

Beagles are gentle and playful dogs. It is extremely rare for adult beagles to bite anyone.

This is how you can teach your beagle pup to stop biting:

7. Little Bond between you two

Beagles are affectionate and loving dogs. But to bring out their personality they need to bond with their owners. And if the owners fail to create this bond, the beagle may not listen to them.

To establish this bond you can do various activities together like:

Beagles are pack animals. This is the reason they are so friendly and social. While this is one of their best quality, it makes them prone to separation anxiety. They often get anxious when they are left alone.

Beagle suffering from separation anxiety may show bad behavior when left alone. Bad behaviors may include:

To avoid this problem, a beagle should be taught to be alone from their puppyhood. Owners should start the training by leaving their beagle for a couple of minutes and gradually increase the duration. 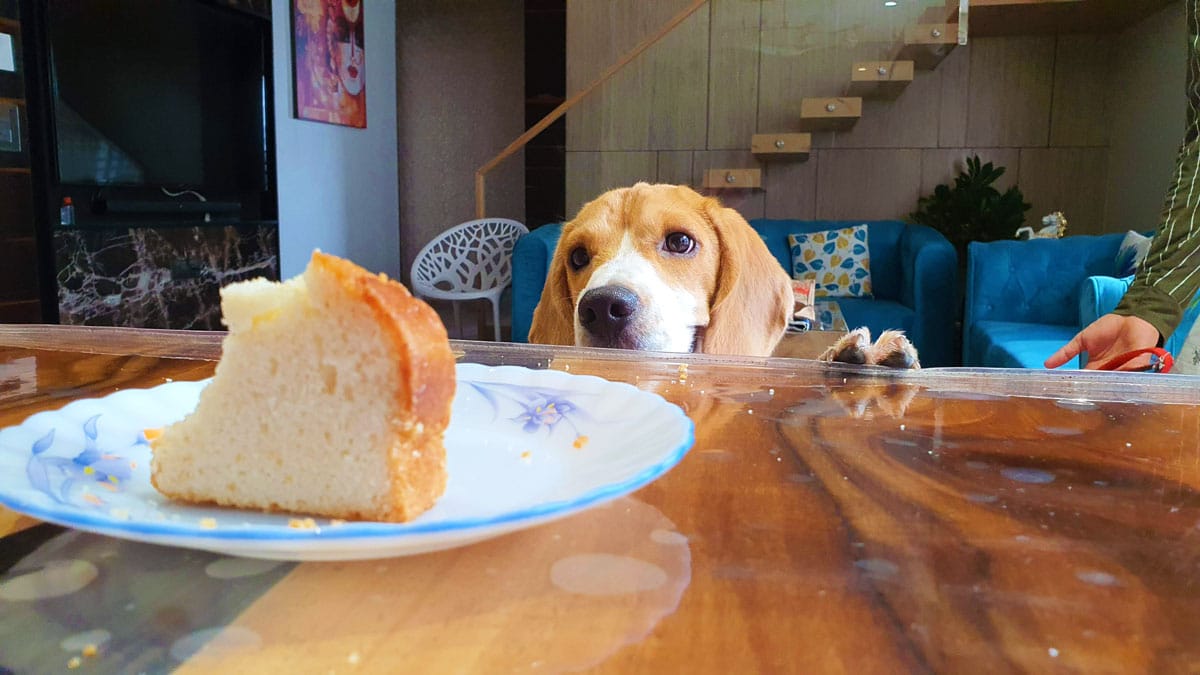 To find out some common bad things that beagles do, I asked our Instagram and YouTube community to share their experience. Based on their answers, I listed down some of the most common bad behaviors of beagles:

Here are some other bad behaviors common in beagles:

Yes, beagles are stubborn dogs, but this doesn’t mean they are bad dogs. Without proper training and socialization, a puppy of any breed can turn into a bad dog.